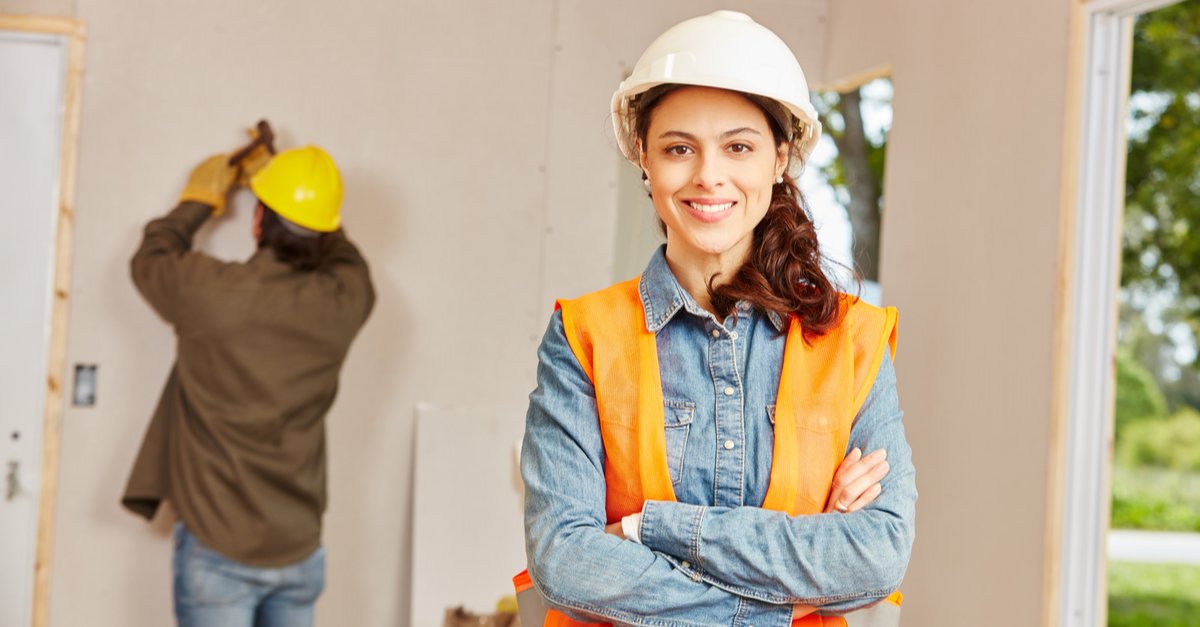 This week has been hosting a nationwide drive to showcase all the weird and wonderful careers our industry has to offer. Traditionally it has always been about attracting the younger generation into our sector and outlaying all the different career pathways to choose from, however, it should be mentioned that there has been a concerted effort recently to include a wider age demographic into this drive, as so many people are changing career direction at a more mature stage of their lives. Diversity matters in housing, and that includes a drive to be more inclusive at every level.

Clearly signposted career pathways and their benefits are important, especially at a time the entire UK workforce faces such uncertainty, instability and transience, not least because people need to know they have some form of stability and control over their future career direction, and that the choices they make will benefit them in the long run.

Several years ago, when I used to visit schools and colleges during NCW to help attract future talent to my industry, the second question I was always asked by pupils was ‘how much will I earn?’ We were competing with other ‘exciting’ industries such as the Motor industry the Fire and Ambulance Service, Police Force, Finance (ok, maybe not the sexiest but definitely very attractive as a career when it comes to monetary reward), and it was difficult to stand out from the crowd unless there was something special we could define ourselves by. The focus at that age was very squarely about which industry paid the most, and often, for the least amount of effort involved. There was less social awareness, climate change wasn’t big on the agenda, Diversity wasn’t even a dance group on BGT yet,  and there was a distinct lack of ‘wokeness’ circulating among the corridors of our schools and colleges. The first question I was always asked, in case you were wondering, was ‘can I help myself to your sweetie jar?’ (I had to use something to bribe people over – not sorry).

In recent years, it has become less about remuneration benefits for the younger generation when choosing their careers and much more about job satisfaction, a positive work-life balance and a sense of there being a social value in what they do. I’ve written about this a few times over the years (here’s a brief example), however, it’s arguably more relevant in today’s climate, since mental health awareness, social awareness and flexible and autonomous-led working has been thrust into the mainstream.

The growing skills gap and the benefits of apprenticeships

Fast forward to today’s complex work environment and younger people have statistically suffered more than any other age demographic throughout the pandemic when it comes to being furloughed, loss of jobs and the general unemployment rate, according to Government statistics and ONS. In Parallel with this, online graduate job vacancies fell by 60%, with increased competition for those jobs (CV Library). This is where Apprenticeships can, and should, be barging their way in. Within the housing and construction industries there has been a continued demand for attracting fresh talent into the workforce, partly to counteract the effects of the growing skills gaps, succession planning failures and for a more diverse pool of talented individuals needed to feed into our roles.

This week, Greenacre Group took part in an Apprenticeship event with Chartered Institute of Housing and Homes for Lambeth, which heard various participants of their apprenticeships scheme talk about their experiences in housing so far. What stood out above all, was the huge diversity of roles and transferable skills each individual was learning, and more inspiringly, the sense that apprentices were not only cemented as equally valued members as the rest of the team from the beginning, but that they each felt a genuine sense of pride in the knowledge that the work they were doing made a positive impact on their local communities.

“From the very first week I felt I was part of the team, I felt valued, at home and the support from HFL has been amazing…I don’t think people know that there is so much diversity in housing. Whilst you’re working in housing you are learning how a business works. Promoting the different career environments in housing would help people to see just how many opportunities there are in housing to develop so many new organisational skills” – Lauren, Onafowokan, Resident Engagement & Comms Apprentice.

“I thought it would be a lot more stressful considering this is my first job, but I’ve really enjoyed it and felt really supported. The thing that attracted me to HFL and the housing industry was that its really fulfilling to be able to contribute to my local community and make a different to the people around me.” – Meena Ikomi, HFL’s Communications Apprentice

Eamonn Lorimer, Social Inclusion Programme Coordinator at HFL, explained how it was a deliberate strategy to consciously set out to hire people who come from the communities they serve. “It’s very important for us to provide opportunities for our local residents, and give them the best opportunities to apply for apprenticeships, without disadvantaging anyone else in the process … HFL rewards good people and rewards good work, so we were careful not to disclude anyone from the process, but always kept in mind that we wanted to give those in our local communities the chance to be part of the decisions that affect their lives.” Jitinder Takhar Chief Executive at HFL, strongly supports this ethos, adding “When we’re dealing with people’s homes we are impacting their lives. Apprenticeships are part of our offer because we have a real opportunity to do something different, and offer people the opportunities and ability to make changes in their own lives and communities. We have a social responsibility to do this.”

A stable investment in an unstable climate

Alarmingly, apprenticeships have dropped by two thirds over the last year, which has largely been impacted by the pandemic creating widespread redundancies and a lack of support for those offering the schemes. The government has, however, recently announced a support package designed to help organsations make better use of existing apprenticeship levies, as well as offering a financial incentive to those organsations willing to take up the schemes.

Never before has it been so apparent just how vital our industry is to social-economic stability. At a time where little is certain, housing has shone through as a stable investment, a safety net for our most vulnerable, a vital asset to our communities and the economy and a wealth of opportunity for the UK workforce. Working in our industry ticks all the boxes not only the younger generation are looking for in a  diverse and rewarding career, but with so many transferable skills, gives people of all ages a chance at developing themselves professionally, in an inclusive environment that values their worth. “At any age you can change your career, you can take opportunities, learn new skills and try something different. Apprenticeships are not just for young people” – Barbera Giles, HFL

It’s time to turn stigma in all its forms on its head and start really driving into minds of the UK workforce just how beneficial a career in housing is to our people, our communities and our country.