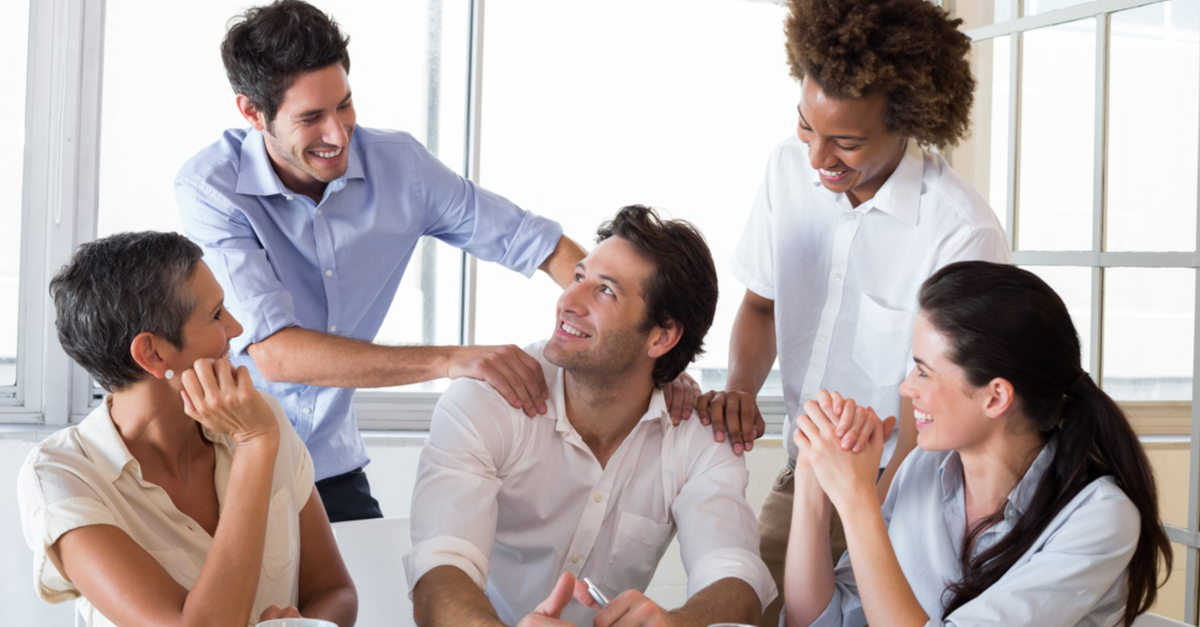 In part 4 of our series from Daniel Short’s original article, Retaining Top Performers, we are this month taking a look at Praise, and how it can affect the staying power of high performers in our workforce.

It is well understood that higher self-esteem levels, a sense of pride in one’s achievements and a general feeling of well-being are common positive side effects directly associated with receiving praise. However, these effects are often very short lived, and so for the praise to retain the desired effect, it must be metered out regularly and consistently. According to Jim Harter, Chief Scientist at Gallup: “recognition is a short-term need that has to be satisfied on an ongoing basis” (Training Journal).

With such cause and effect, and with an employee who has already proven themselves to be a high performer, there should be no shortage of reasons to offer genuine praise, yet it can often feel that offering ‘too much’ might encourage employees to feel they are in an ‘easy position’, and that they need not exert too much effort to afford such accolades. However, in recent years this has been shown to be an outdated mode of thought, and as mentioned in our last article on Training & Development, it is incorrect to assume top performers do not need or benefit from tensile support and reaffirmation.

In a Gallup study, researching over four million employees, it was found those who were not recognised sufficiently for their contributions were three times more likely to indicate they would leave their role within a year. Further, employees who received regular praise were more productive, engaged and likely to stay within their current organisation than those who were not given such encouragement and approval. There can be fewer relevant industries in the UK than those centred around Social Housing and the Public Sector which could benefit from utilising such effective employment retainment methods, particularly where other forms of reward and motivation tools, such as remuneration, may be curtailed.

With the above in mind, it would be astute of those in Management roles to consider the minimum effort required to carry out this highly effective retainment strategy, and the obvious nil cost factor involved, yet that existentially yields such high outcomes. And it’s not only employer praise that produces such an impact. Peer to peer acknowledgement, and Social Recognition programmes are officially now a ‘thing’.

Thanks to the digital age, new concepts are emerging that allow co-workers to show their appreciation for one another using online tools, where they can ‘nominate’ or ‘spotlight’ their peers’ achievements, whilst the nominee is able to collect points or credits, giving them the freedom to choose how they spend their reward. This not only gives credence to the accolade as it has come from other co-workers, it also allows senior level staff to view positive comments and achievements without the recipient drawing attention to his or her own efforts.

Shaun Achor (Harvard Business Review) believes “effective digital recognition programs…help scale organic praise, have a high ROI, and lead to significantly higher levels of employee performance and engagement, as well as increased customer loyalty.” One such platform, Globoforce, state their programmes not only amplify the gratitude of peers to one another, there are also other positive side effects, such as increased social interaction, improvement of company brand culture and reinforcement of company values.

There are some in the Social Housing sector already following this trend, with highly successful results. Homegroup, one of the UK’s biggest Housing Associations, uses a variant of these digital recognition programmes as a budget-sensitive way of retaining staff and enhancing morale, in an often-challenging environment. Their ‘e-card system’ allows colleagues to recognise one another using an online tool by nominating a ‘home hero’. Whole teams are additionally recognised monthly. Each Director of Homegroup, which employs over 3000 staff across the UK, is allocated a ‘recognition budget’. Significantly, this can be spent autonomously, encouraging creative and innovative ideas that are peer focused, and tailored to each region or team’s specific motivational responses. Other motivation and reward tools, such as flexible working hours, are used in conjunction to enhance staff morale and encourage retainment. Laura Bailey, Home group’s Business Partner, believes such efforts have a positive effect, and focusing on the well being of each employee, using praise, flexibility and welfare tools combine to increase discretionary effort by employees, as motivation and happiness are higher (Employee Benefits).

With more chunks of our global workforce being taken over digitally, it is perhaps no great surprise that employment retainment strategists are turning to online applications to praise employees and achieve cost effective results, which have the added benefit of built in control, monitoring and analysis tools. Yet with all this new technology, what could be a simpler way of building self-esteem, creating an environment of trust and appreciation among your workforce, and retaining those who bring added value to your company than a heartfelt ‘Well done’?